Does Foot Position Matter During a Leg Press? 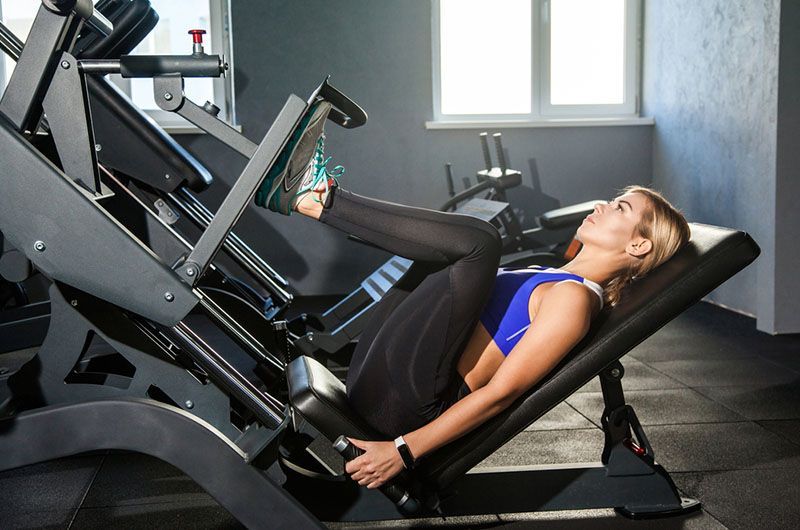 Firstly, let’s look at the primary differences between squatting and the leg press.

Squatting works more major muscle groups than any other resistance training movement (although an argument can be made for deadlifts here- I won’t start that fight!) Not only are the quads, hamstrings and glutes targeted, but the trunk muscles are also incorporated for stabilisation throughout the movement.

The leg press has a reduced demand for our stabilisers due to being seated throughout the movement. For this reason, we can load the legpress with heavier weights than we could otherwise squat. It also allows for different muscles to be biased depending on your foot position.

A high foot position increases the amount of hip movement achieved with a leg press and reduced the range of movement demands on our knee joints. As such you will feel greater stretch, and a higher load being placed through the glutes and hamstrings.

This is important for the quadriceps dominant athlete!

For the quadriceps dominant athlete, or those with knee pain, this increase in quadriceps activation can increase pressure through the knees.

A wider foot stance will place greater emphasis on the muscles of the inner thigh (this may be more quadriceps or hamstrings/adductors depending on your foot height).

When leg pressing in this position, it is still important to ensure that your knees are tracking over the middle of the foot to prevent knee maltracking issues.

A narrow foot stance will increase activation of the quadriceps and outer thigh muscles.

The following image is from simplygym.co.uk/5-ways-to-leg-press

Book a 30 Minute Initial Physiotherapy Appointment for Only $88!